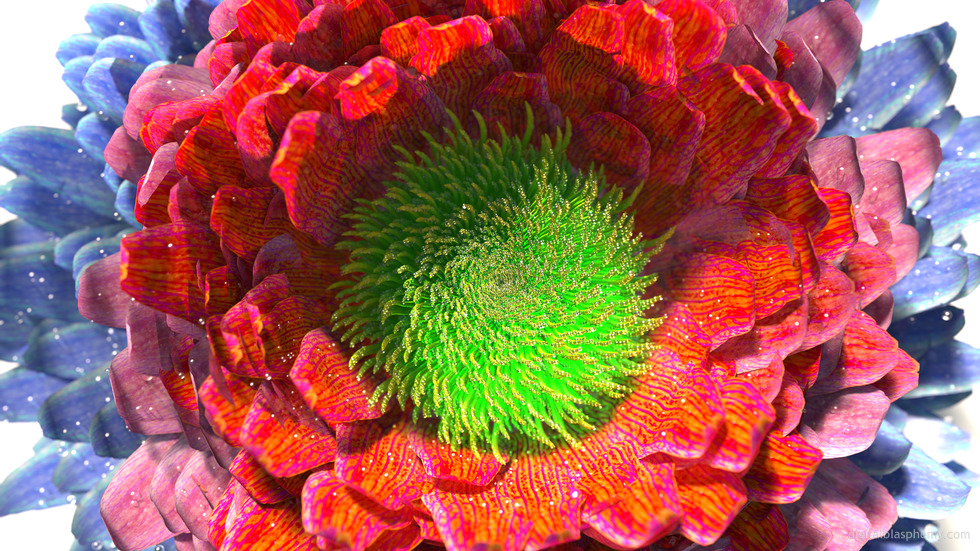 The sequence appears throught nature in many ways. The shell of the nautilus, the arrangement of leaves on a plant and the number of petals in a flower is a good example. The numbers form the “Golden Ratio”.

I created this flower in “The Plant Factory” using the Fibonacci sequence. There are 377 outer petals, 233 in the next set inward, 144 and lastly 89 in the innermost ring. The numbers are used in other ways too. Hopefully the sequence will create a bit of extra subconscious realism.

I rendered the scene using Vue d’Esprit. Let me know what you think!